Fred Baumgartner, CPBE, CBNT is a fellow of the Society of Broadcast Engineers, a past trustee of its Ennes Foundation; fellow of the Radio Club of America and recipient of the Lee DeForest Lifetime Achievement Award. Currently, he is Sinclair/ONEMedia’s Director of NextGen TV Deployment. Fred was Director of Broadcast Engineering for Qualcomm’s MediaFLO project. Previously, he directed Leitch/Harris’ Systems Engineering group. Up to that time, he served as Director of Engineering for the Comcast Media Center in Denver, its Director of New Product Development through the center’s AT&T ownership and Director of Broadcast Satellite Operations during its TCI ownership era. Before joining the satellite and cable origination world, he held the position of Chief Engineer at KDVR-TV and KFCT-TV, Denver; WTTV-TV, WTTK-TV, Indianapolis; KHOW AM & FM, Denver; WIBA AM & FM, Madison, Wisconsin, operations manager at KWGN-TV, Denver; and others beginning with the overnight gig and a newly minted FCC 1st Class license at WBIZ AM & FM, Eau Claire, Wisconsin in 1972. He is a University of Wisconsin graduate. Fred was also heavily involved with the development of EAS and has authored several hundred articles and a few books on Radio and TV engineering. 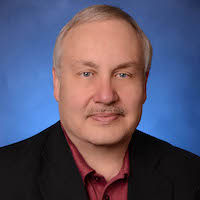