Denison served as an officer and in various management positions at Time Warner Cable for over 28 years. He is a co-founder of Metro Sports and has been its key leader for the past decade as general manager and executive producer. Under Denison, Metro Sports has grown to be the sports leader in the Midwest, winning more Emmy, Telly, and Aurora awards (over 50) than all other media entities in the Kansas City Television Market.

Denison was also instrumental in the formation of many other entrepreneurial projects while at Metro Sports. He was a key partner and founder of the Royals Sports Television Network (RSTN) and a key production partner in the formation of the Mountain Network, a regional sports network featuring Mountain West Conference sports. His commitment to content creation using a cost-effective and proven production model will advance the marketing and sales agenda of any company.

Denison is also an accomplished MLB, MLS, and NFL director, producer and camera operator. His credits are numerous and wide-ranging, involving sports at every level from kids to professional. His engineering credits include construction of a dozen television remote production units and multiple studios and master control. He has mentored hundreds of young professionals around the nation. His innovation has raised efficiency for all his customers.

Denison is a lifelong resident of the Kansas City area, educated at Liberty High School and William Jewell College. He uses the lessons learned from those classrooms and athletic fields/mats/courts to create a dynamic work environment. 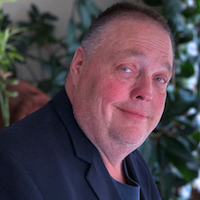