Jim is well known as an “idea person” and has a long track record of implementing many useful approaches across multiple companies.

In 2011, Jim received the Tech Leadership Award from Broadcasting & Cable magazine. It was noted that Ocon belonged to an elite group “true technology trendsetters” who “made their mark by adapting newer technologies to local broadcast stations.” This group, the magazine added, displayed enormous creativity and “resourcefulness in adapting technologies from outside the industry to strengthen the power of more traditional television businesses.”

In 2016-2018 while VP Business Development for Wireless Manufacturer Persistent Systems LLC, he worked to introduce MESH Mobile Ad HOC Networking (MANET) to the media industry. He helped Persistent Systems and its customers identify solutions using existing BAS frequencies and aligning video techniques with the ENG industry. After identifying key media industry applications thru various use case(s), he then introduced and implemented this ground breaking technology to key media and broadcast customers across the US.

While Vice President-Engineering at KDFW-TV FOX 4 Dallas-Fort Worth he worked on emerging concepts such as hot spots, Internet driven acquisition techniques and newsroom of the future! He was member of the Technology Task Force within 21st Century Fox as a strong proponent of wireless IP workflow utilizing MANET and OFDM technology.

As VP Technology with Gray Television Group from 2008 until 2014, he introduced many concepts such as the TMP “Gray Model” workflow that deployed nationwide and is enabling local content to be gathered and distributed with revamped production news control rooms and emerging backpack technology.

Jim, His wife and daughter reside in Fort Collins, Colorado. 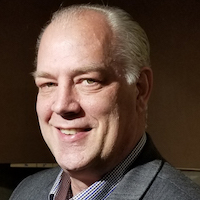